Career lands on top of the world

There was a chance top aircraft engineer Jarrod Wood could have ended up as a car mechanic. After all, he’d always been interested in engines and some of his family were involved in motorsport so it was definitely in the blood.

But a couple of childhood days he spent with his grandfather enjoying the wonder of flight at air shows, made a lasting impression on him.

Today he is a qualified Line Maintenance Licenced Aircraft Engineer with Air New Zealand and works at Auckland International Airport. The modest 25 year-old was also placed top of the world when he won the gold medal and ‘Best in Nation’ award for aircraft maintenance at the 2017 WorldSkills International Competition in Abu Dhabi.

It’s a stunning achievement for someone who didn’t think he was good enough to work in aviation engineering.

“When I was heading down the track of becoming a mechanic, my grandfather suggested I think seriously about aviation. I didn’t think my grades were good enough but my family thought I had a good chance and persuaded me to give it a go. It turned out they were right,” says Jarrod.

So how did he make his way from high school into the hangar?

A friend of the family told Jarrod about the aeronautical apprenticeship offered by Air New Zealand, and it inspired him to come up with a plan to make his dream career come true.

On leaving school at age 17, his first step was to get a job as a baggage loader with Air New Zealand. This would help him get good references from within the company that proved he was employable.

Next, he successfully completed Air New Zealand’s 36-week pre-employment course with flying colours. It was just the ticket he needed to be accepted into a full-time role as an aviation engineering apprentice with one of the world’s most highly regarded airlines.

That was six years ago. Since then, his career has been on a smooth climb.

Along with international recognition, he’s gained several high-flying qualifications including the New Zealand Certificate in Aeronautical Engineering (Applied Skills) (Level 4) with strands in Aircraft Powerplant and Aircraft Structures. He also holds an Aircraft Maintenance Engineer’s Licence (AME) and is enrolled for the New Zealand Diploma in Aeronautical Engineering (Level 6).

The advantages of upskilling alongside experts in the workplace are many, says Jarrod.

For starters, he has a super-rewarding full-time role, a career that can take him places, and he recently bought land in a perfect location for someone in aviation: just up the road from Ardmore Airport.

“It’s great. I don’t have a student loan to repay, and me and my partner have been able to plan for a house. 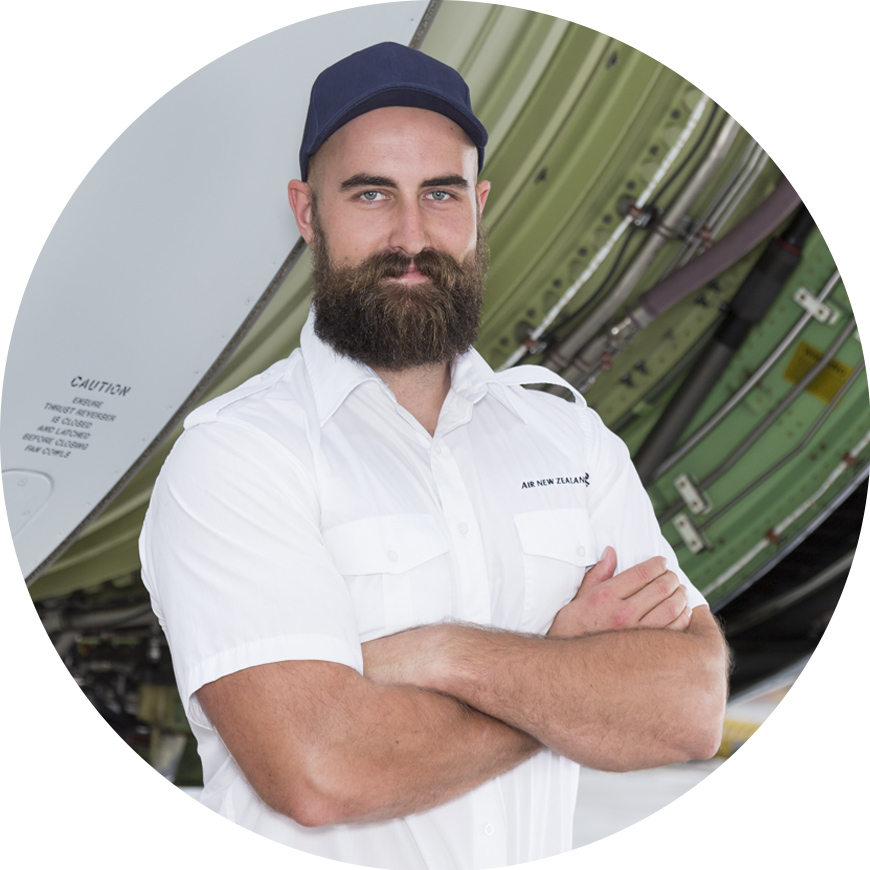 “I really enjoyed learning and earning on the job. Your skills can be tailored to what your employer’s requirements are, and you become a bit more valuable. I owe a lot to the experts with years of experience who helped and supported me to develop my skills and knowledge.”

“Knowing that a defect on an aircraft has been fixed is very rewarding. It’s also great to be part of a big team of talented people. I work alongside some of the best engineers in the world, and every day for us is different.”

Jarrod unreservedly encourages students with an interest in aviation to give it a go.

“Don’t doubt yourself. Enrol with Air New Zealand’s pre-employment programme or do the ServiceIQ Gateway Aviation programme. These are opportunities that can lead to other paths.

“The biggest thing I’ve learned is that trades and services are overlooked quite easily, and instead, we are brought up with university as the focus. University wasn’t for me. Instead, my apprenticeship jump-started my career and took me places I didn’t think I’d ever get to.”