Getting the chance to prep for renowned international chef Pierre Koffmann during Melbourne’s Food & Wine Festival 2016, was a serious highlight for talented up-coming apprentice chef Harrison McIntyre from Auckland’s SKYCITY.

Harrison was one of three promising young Kiwis chosen to experience the legendary culinary event as part of the ServiceIQ Hospitality All Stars team.

Funded by the Hospitality Training Trust (HTT), the All Stars trip provided Harrison and his mates with a rare opportunity to see some of the world’s most celebrated chefs create their signature dishes, witness behind-the-scenes masterclass mayhem, sample an exotic array of flavours, make useful industry contacts and pick up tips and tricks to take home.

“Just working backstage for Pierre was awesome in itself,” says Harrison.

“I also really enjoyed seeing the whole food culture. It was great to be able to surround myself in a different place, trying out lots of different restaurants and cafés and meeting people.”

Harrison was fortunate enough to get a seat at the table of several of Melbourne’s highly rated restaurants.

The food was really good, he says.  But the great news was that he came away with the feeling that top Kiwi restaurants fare well and are on par with some of the best served up in Aussie – New Zealand’s long-time friendly rival.

“What was surprising is that you can have this perception that it’s going to be absolutely wonderful. Compared to Auckland, there are a whole lot more places to eat and there’s a really vibrant and active food culture, but I think that our best places in Auckland and Queenstown are right up there. It made me feel really proud to be a Kiwi. Especially working at SKYCITY. I think that New Zealand has a lot better food than what we give ourselves credit for,” he says.

On a personal level, the All Stars trip gave Harrison his first chance to travel overseas without his parents, and he enjoyed navigating his way around the city, attending gourmet events like a Middle Eastern festival, and checking out the impressive range of glistening fresh produce from land and sea such as Australia’s famous giant prawns and squid at the abundant Victoria Market. 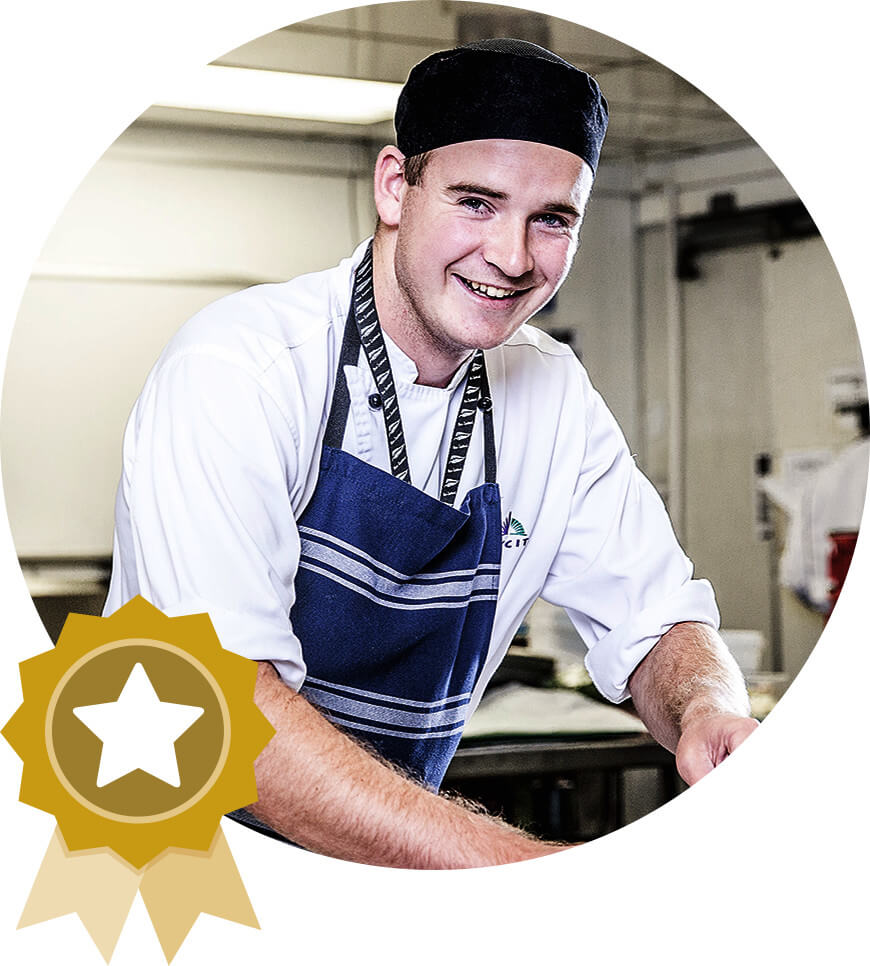 Looking back on his latest adventure, Harrison says the real trick is to persuade a reigning restaurant or two to serve up some good old Aussie hard yakka.

“Make sure you take the initiative and push for work experience in the restaurants. I had a relaxing time but given the trip again, I would be proactive and knock down kitchen doors to learn more.”

Meanwhile, back home, Harrison is once again flavour of the moment; this time he’s one of five trainee chefs selected for the Ora King Next Generation mentoring programme.

With not long to go before completing his ServiceIQ Cookery Apprenticeship to become a qualified chef, Harrison is looking forward to his final stints perfecting his skills; he’ll be mixing it up under the expert guidance of some of the best in the business at The Sugar Club and Depot Restaurants at SKYCITY.

The experience of becoming a skilled chef, who at only 20, has already gained a mature appreciation for humble luxuries such as slow-cooked food, the journey has been anything but a slog.

“I’ve loved it. SKYCITY Executive Chef Martin Harrap, and Fiona Ruane, Executive Chef of Production, have both given me so much. They were over and above what I expected, and one of the coolest things about it is that they treat you like a chef,” says Harrison.

Find out more about ServiceIQ's Hospitality Qualifications or talk to one of our expert ServiceIQ training advisors for no obligation advice on programmes to fit your needs.