From an unpromising start at school to an expert chef, cookery tutor, and currently Assessment & Membership Co-ordinator at the Restaurant Association of New Zealand, Adam Dickson has quite a story to tell. The way he recounts it his life sounds like an amazing adventure.

The story starts with the message he received at age five on his first day at school in Te Kaha in 1981. Adam says, “the teacher realised I had a problem with reading and writing and simply said I must be dumb.”

His “problem” was dyslexia. Back then it was a mystery. A mystery that Adam, now 41, has been quietly battling all his life. Until now. You see, this year Adam has benefitted from some rather clever life-changing technology, but more about that shortly.

In 1981 however things weren’t going well for young Adam.

“That’s just how it was. The teachers left me to fend for myself because I must have seemed like a lost cause and they didn’t know what to do. It was extremely tough, but I was determined not to let it hold me back.”

Left pretty much up to his own devices at school, Adam discovered his artistic talent in music and cooking.

He says he started developing his culinary skills when he’d go hunting and fishing to help feed his family “who were very poor and food was scarce”. The experience inspired his decision to pursue cooking as a career.

At age 14, he saw an advertisement for a kitchen steward at a resort in Australia and his mind was made up. His father paid half an airfare that he thought was taking his son to Wellington. But instead, Adam took off for the ‘lucky country’ where he got the job at The Sheraton hotel in Port Douglas.

For the first two years, his home was a tent on the beach. After four years’ earning and learning on the job he got his professional chef’s ticket at age 18.

Since then, Adam has cooked in reputable restaurants in the UK and Australia. He was Head Chef with a team of 200 for the Truffle Group at the Sydney Olympics. He has run his own restaurant in Clevedon. His recipes feature in the ‘This is my favourite - BBC Children in need Appeal Cookery Book’ along with those by Marco Pierre White, Gordon Ramsay, James Martin, Lesley Waters, Rick Stein, Michel Roux, Christophe Novelli to name a few. And he’s on first name terms with the crème de la crème of the culinary world including the likes of fellow chef and dyslexia sufferer, Jamie Oliver.

He also relishes passing on his knowledge to up and coming chefs and taught practical cookery Level 3 and Level 4 to students at MIT in Auckland for four years.

“Not bad for someone whose been dyslexic their whole life,” he says.

All along though, Adam’s dyslexia had simmered below the surface and slowed him down. He explains: “Reading to myself is fine but out loud it takes me longer to comprehend and process than others. And my writing looks like chicken scratches to those reading it. I get there but it’s a two, three or four step process of writing and rewriting.”

A big part of his current role and when he was tutoring at MIT, is writing assessments, reports and record keeping students’ progress: “I’m always writing. It’s a crucial part of my job,” says Adam.

Early this year, Adam met ServiceIQ Literacy and Numeracy Specialist Di Boss, who arranged for him to have a screening test for dyslexia. The result revealed Adam’s case was severe. 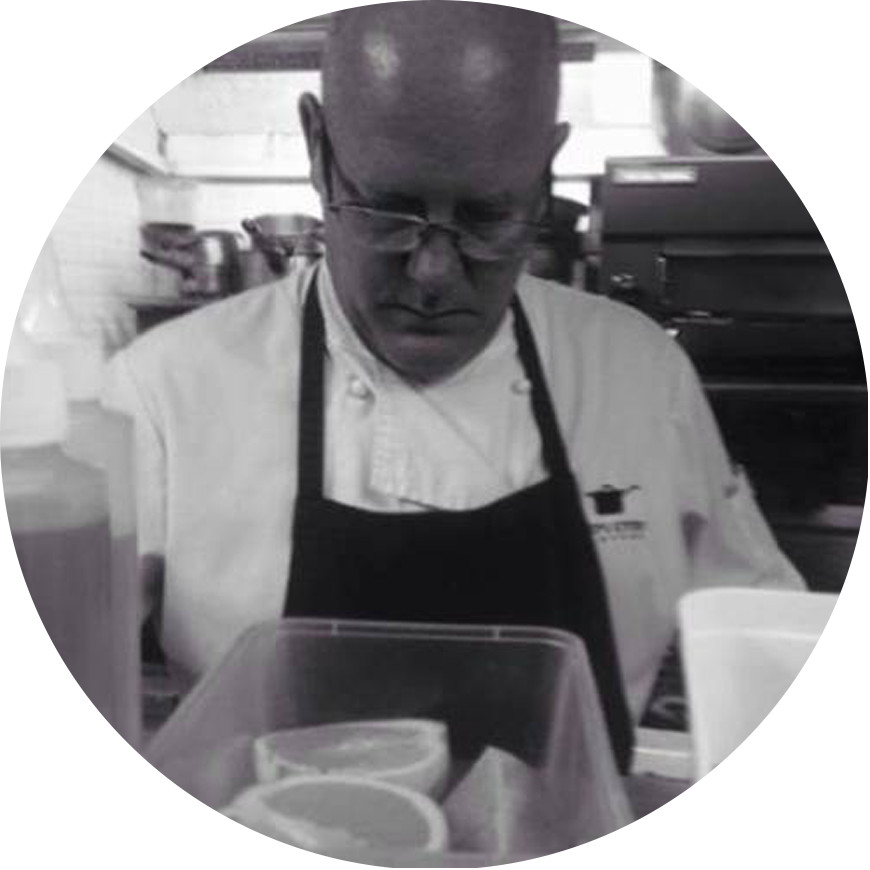 Di and his employer then helped Adam gain funded support from Workbridge, and several months later he was given a collection of almost supersonic stationery, the ultimate hi-tech tools to beat dyslexia – a Smart Pen, tablet and Dragon software.

The tools perform all kinds of impressive tasks at the press of a nib. They can record the spoken word and convert it into text, read text out loud for the user to listen to, play back audio recordings, correct spelling and many other smart moves that today make writing a piece of cake for Adam.

Adam is ecstatic: “My supportive employer at the Restaurant Association of New Zealand, the wonderful Di Boss and ServiceIQ have completely changed my life,” he says.

“It’s really cool. I can complete all my written work so much faster. Whether I’m writing an assessment, composing emails or putting together business proposals, I can use the tools to help me do it. “It’s exciting too because the technology is always evolving and they are constantly updating the software. I’m still learning new tricks and techniques.

“If I’d had these tools years ago I’d probably be further ahead in my career.”

The promising news is that compared to when he was growing up, there’s huge awareness of dyslexia and there are brilliant tools to help people, says Adam, who shares the trait with some of the world’s highest achievers including Richard Branson, and Steven Spielberg, who five years ago, was diagnosed as having been dyslexic his entire life.

Adam has the last word: “If people with dyslexia in our industry want to change their lives, they should get in touch with Di Boss at ServiceIQ!”

Meanwhile, Adam is loving his job, and he’s also got a cook book of his adventures on the back burner.

If your business uses ServiceIQ on-job training programmes and think one or some of your employees could benefit from LLN support, please contact ServiceIQ on 0800 863 693 or email intel@ServiceIQ.org.nz.