Seven years ago, at just 15 years-old, Bayleigh McGuire was the youngest student to learn to fly on ServiceIQ’s School Gateway Aviation programme. The training that takes place one day a week over six weeks, has proved the perfect take off to an exciting career.

No longer a fledgling, today Bayleigh has a dream job in Wanaka, where she flies visitors from all over the world across the beautiful Southern Alps to Milford Sound and back again.

“It’s an awesome flight and meeting new people and sharing our great country with visitors is hard to beat. Knowing you’ve helped them have an enjoyable experience is rewarding,” says Bayleigh.

It’s been a steady career climb. Completing the Gateway Aviation programme in her last year at school helped her gain entry into the Southern Wings Flying Academy in Invercargill. After two years, she graduated with a New Zealand Diploma in Aviation, Private Pilot Licence (PPL), and Commercial Pilot Licence (CPL).

In November 2015, Bayleigh landed her first job in the aviation industry with a flight coordinator role at scenic flight company Air Milford in Queenstown. Then less than a year later, and just a couple of weeks before blowing out the candles on her 22nd birthday cake, she got her first pilot position with Southern Alps Air.

“If you’ve got the passion to be a pilot, you will make it happen,” says Bayleigh.

“You just have to be patient and prepared to do the other work that is also an important part of the industry. While you’re doing that you’re learning heaps. At Air Milford, everyone has to help out with customer service and general duties, which meant I learned lots of skills such as loading aircraft and marketing that I can bring to my new position.

“You graduate from pilot school, but the learning really starts when you get your first job.”

Bayleigh is accompanied by another pilot for several months while she gets used to flying her passengers in a six-seater Cessna over the mountainous route to Milford. Then she’ll be free to navigate the skies alone.

In her slipstream is Ellie McIlraith who, like Bayleigh, graduated from ServiceIQ Gateway Aviation to go on to train as a professional pilot at Southern Wings Flying Academy.

In 2016, her first year at the Academy, Ellie passed her PPL, CPL and Instrument Flight Rating (IFR) theory exams with flying colours. 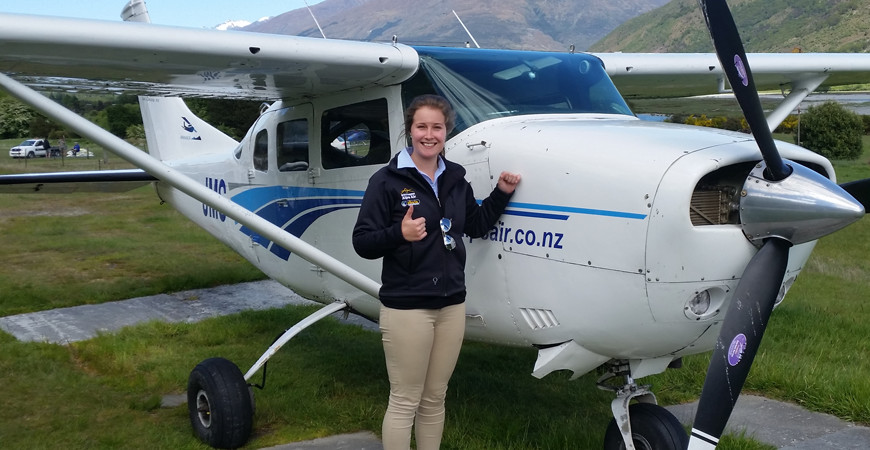 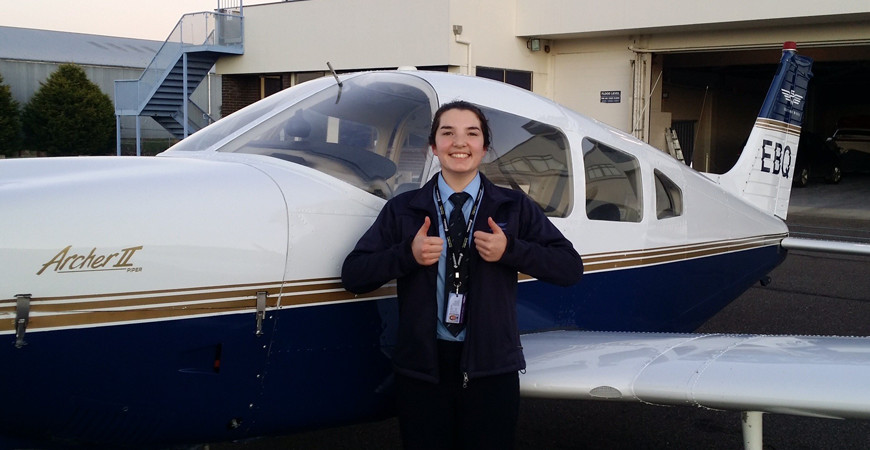 Bayleigh McGuire (above) and Ellie McIlraith (below)

Flying solo has been the biggest challenge, says Ellie: “I need to make sure I get back again safely. If anything goes wrong, it’s up to me.”

Once she has qualified with a CPL, the next step is to complete the AIC (Airline Integration Course), which is part of Air New Zealand’s requirement of Southern Wings as a Flight Training Organisation.

This includes getting to grips with crew resource management in a commercial aircraft cockpit, and threat and error management - being able to recognise that something is about to go wrong and managing and mitigating the danger.

Her second and final year involves nine months’ intensive training plus exams to qualify for her Diploma in Aviation.

Then, like Bayleigh, it will be time to get that career off the ground with a job where she can build up her experience and flying hours.

As the recipient of the ServiceIQ Gateway Aviation Scholarship, Ellie’s strategy for getting hired is to use the dollars she has left to learn how to fly aircraft that are used for scenic flights, sky diving and towing glider planes.

“It’s going to be good to get the professional training out of the way early on. Some of my friends at University still have four to five years to go. Hopefully I’ll be well established by then,” she says.