Sean Cardiff got a part-time job at McDonald’s to help pay his own way in the last year at high school. He wanted to help his family out by being financially independent but it became much more than that.

He left Botany College in Auckland with NCEA Level 3 and started studying for a Degree in Software Engineering at Manakau Institute of Technology, with his sights set on becoming a software developer. He carried on with his McDonald’s job as a way of earning cash. Even though he was studying engineering, he took it on himself to make the most of the opportunities that McDonald’s offered him, including training and gaining qualifications on the job.

Dealing with customers gave him a great insight into customer service.

“It’s a hugely important role. You’re an ambassador for the company. Customers coming into the store don’t see the Managing Director, they see you,” says Sean.

Some people are surprised to learn that McDonald’s offers tremendous opportunities for career growth. In many ways, it’s not surprising. After all, it’s one of the biggest global businesses on the planet and one of the most famous brands ever. It also runs some of the most sophisticated training and development programmes to upskill staff on the way up.

Working for a company with that kind of pedigree has really helped Sean.

His responsibilities have also grown.

He received a significant promotion, and at age 20, he now assists with managing 150 staff in his role that involves hiring the right people and making sure they get the right training.

“I’m Shift Manager for a business with a multi-million dollar annual turnover, and it feels like there aren’t too many other companies that would give me these kinds of responsibilities at my age.”

Even more impressive is the fact that Sean is progressing at McDonald’s in Greenlane, the global giant’s New Zealand flagship restaurant.

Sean will soon have an engineering degree, but his plan is to pursue his career with McDonald’s. This decision wasn’t a light bulb moment. He came to it over time.

He finds the work incredibly satisfying and enjoys helping employees through their training. 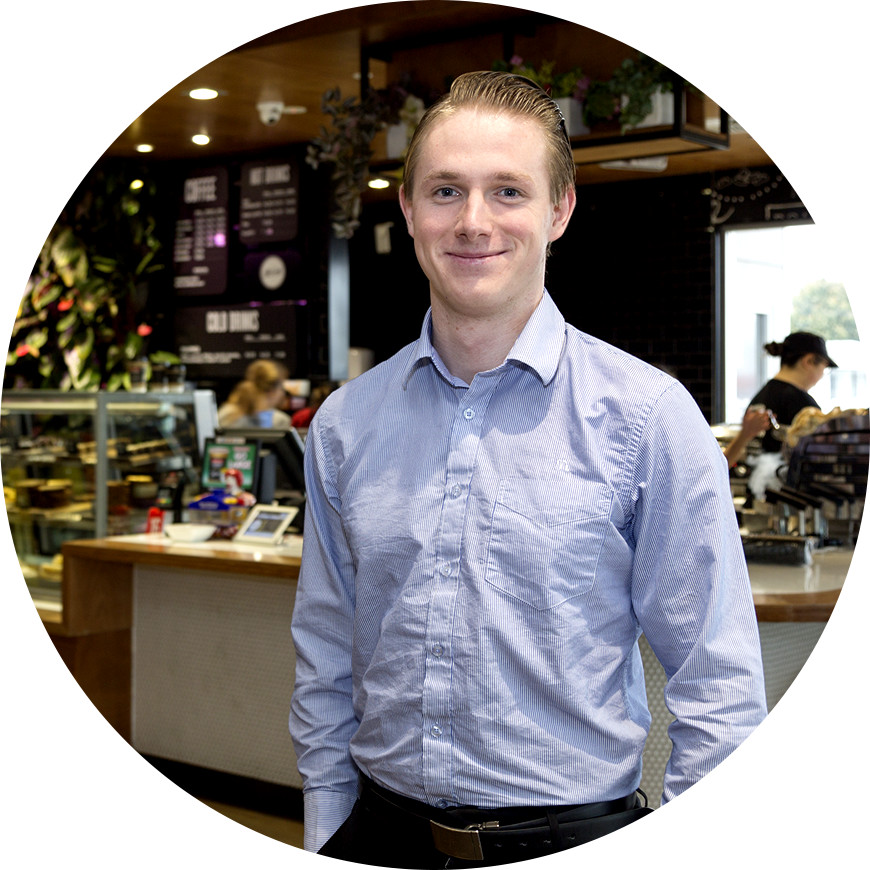 “It’s great to see people develop and grow just like I did,” says Sean.

Sean sees his crew as one big happy family. But he mentions his previous manager at Auckland’s Clendon store who took him on and is someone he looks to for inspiration.

In fact, an immediate ambition is to be managing his own restaurant by the end of 2018. And in a few years’ time he’d like to own his own McDonald’s store. It will mean an investment of about one million dollars upfront but he believes it can be done. Especially when he looks at another one of his inspirations in Auckland who started out as a crew member like Sean and now owns several stores.

As a bit of background, both of Sean’s parents are high fliers, literally. They are aircraft engineers, and his mother was the first to apprentice as an engineer for Air New Zealand in 1980.

At first, they were tentative about his decision to make a career with McDonald's, but now they fully support him.

“They’ve seen all the opportunities it offers,” says Sean.

The biggest motivation for Sean is to improve not only the business but also who he is as a person.

“I like to see myself as someone that the crew can come and talk to. The crew is everything. The business is built on the people at the ground floor and that’s who you’ve got to look after. If you train someone and treat them well they are more likely to stay with you.”